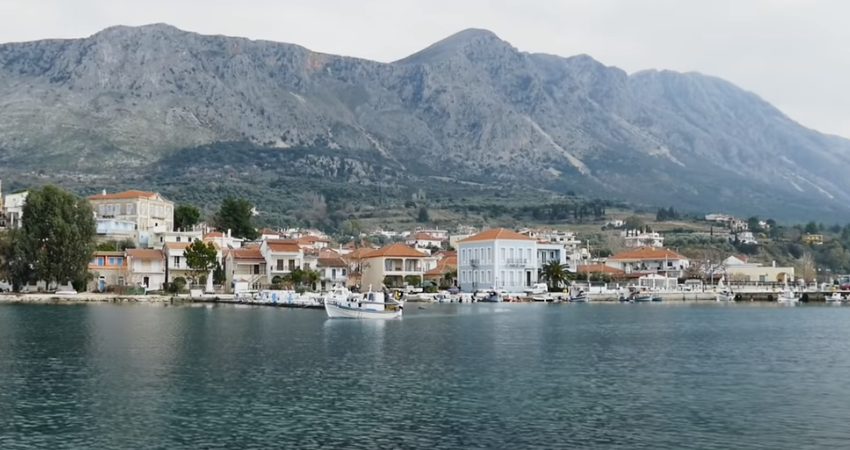 Paleros, also known as Zaverda (name until 1928) belongs to the municipality of Aktio-Vonitsa and is a seaside town by the Ionian Sea. The charming Paleros is famous for the beaches that become a pole of excitement during the summer months by Greek and foreign tourists. Vathiavali, Ai - Giannis, Potamaki are some of the most famous beaches.

At Paleros you can find seafront bars and traditional taverns where you can taste the Greek cuisine. Do not forget to try local tsipouro and wine!

In the center of the Plagia Peninsula at Sterna site there was a fortress, which visually controlled the area to the northwest and southeast. The fortress was built in the middle of the 5th century.

North of the city of Paleros toi can find Lake Voulkaria, Lake Myrtoudion according to Strabo. This lake was probably a remnant of lagoon that, according to tradition, saved Queen Cleopatra, when during the Battle of Aktio, chased by her pursuers, she easily passed with her ships through the shallow ditch of Paleros. Remembrance of the above passage of the Queen of Egypt is the preservation of the Name of the ancient passage as "Cleopatra’s Mole”.

Saint Dimitros monastery, which was built around the 16th century. It is worth visiting in order to see the rock and the plate. According to tradition, while the craftsmen who built the temple were eating, a huge rock rolled down the mountain and passed over the board without hitting anyone, dragged the plate and stuck it with it to the wall. Also, for the shape of the horseshoe that exists before the entrance of the monastery, it is mentioned that it is from Saint Dimitrios’s horse.

In case of questions/clarifications, do not hesitate to contact us.